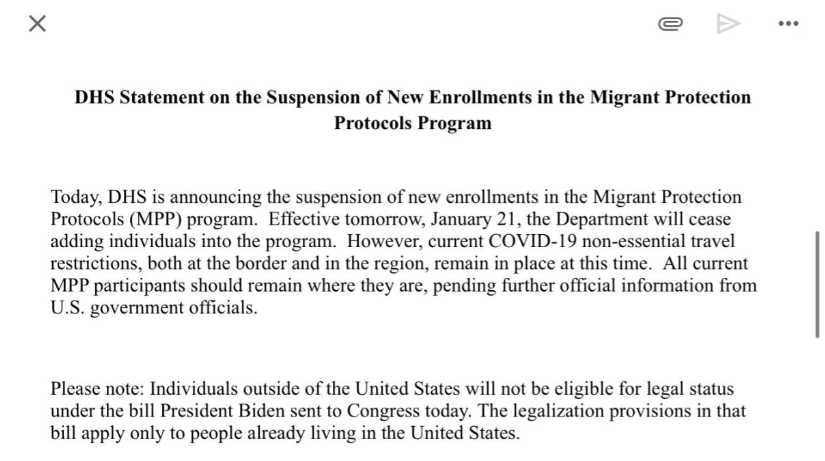 The Migrant Protection Protocols mandated that the overwhelming majority of migrants who present themselves at the southern border and request asylum wait for the full adjudication of their asylum cases in Mexico, as opposed to the United States. The policy, which declined illegal immigrants a quick and easy pathway into the country through making a dubious asylum claim, proved highly effective at deterring mass illegal migration.

President Biden is also bringing a halt to many deportations, enacting a 100-day freeze on ICE removal operations. Exceptions for deportees include illegal migrants who have just been caught entering the country, and migrants currently incarcerated in jails, immigration detention centers, and prisons. 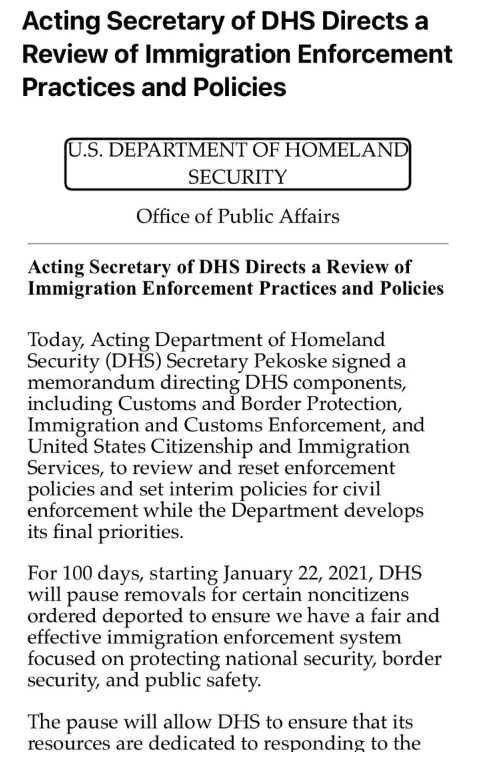 Biden’s gutting of immigration enforcement will serve as a de facto invitation for incoming caravans of migrants from Central America, who believe that the pro-amnesty President will provide them with United States residency, citizenship and public services. Biden has carefully sought to send the message that only illegals present in the country before his presidency are being provided amnesty, although his nominee for Secretary of Homeland Security refused to rule out admitting migrants traveling in the latest caravan.

‘Caravan’ style-migrants had proven ready and willing to abuse the antiquated and fraud-prone asylum system during Trump’s presidency and beforehand, a development that led to the use of the Migrant Protection Protocols in the first place. Now, it’s unclear to what extent economic migrants with doubtful asylum claims will be able to use to system to secure provisional American residency while their claims are litigated in the slow immigration court system.

With key Republican Senators such as Marco Rubio suggesting they’re uninterested in working on an amnesty package in the midst of the coronavirus and the economic recession, Biden may be left with no means to erode immigration enforcement other than executive orders, much like Barack Obama.