(Big League Politics) – President Donald Trump met with Kyle Rittenhouse, the vaunted defender of Kenosha, Wisconsin and American folk hero. Rittenhouse was acquitted of all charges stemming from his self-defense shootings of left-wing agitators including pedophile Joseph Rosenbaum. Trump made the triumphant announcement on “Hannity” that the 45th president and the 18-year old Arizona State University student met at Mar-a-Lago, Trump’s veritable White House in exile.

“Kyle, I got to know him a little bit. He called, he wanted to know if he could come over and say hello. Because he was a fan unlike the other guy. He came over with his mother. Really a nice young man. And what he went through. That was prosecutorial misconduct,” President Donald Trump stated, defending Rittenhouse’s action in pulling the trigger to defend himself.

Rittenhouse appeared on Tucker Carlson Tonight on Monday for his first major interview since his acquittal on all charges. The leftist mainstream media and various unbalanced liberals have tried to paint Rittenhouse as some kind of violent avenger, when the truth is that he was simply a concerned citizen who defended his own life and the lives of others by protecting his firearm. Trump’s embrace of Rittenhouse comes on the heels of other major episodes of conservative victory in America in recent weeks, including the Republican electoral victories in Virginia earlier this month. Rittenhouse plans to attend college and lead a relatively normal life in the aftermath of his divisive trial. Clearly, patriotic Americans — like President Trump — are embracing Kyle and giving him the credit he deserves. 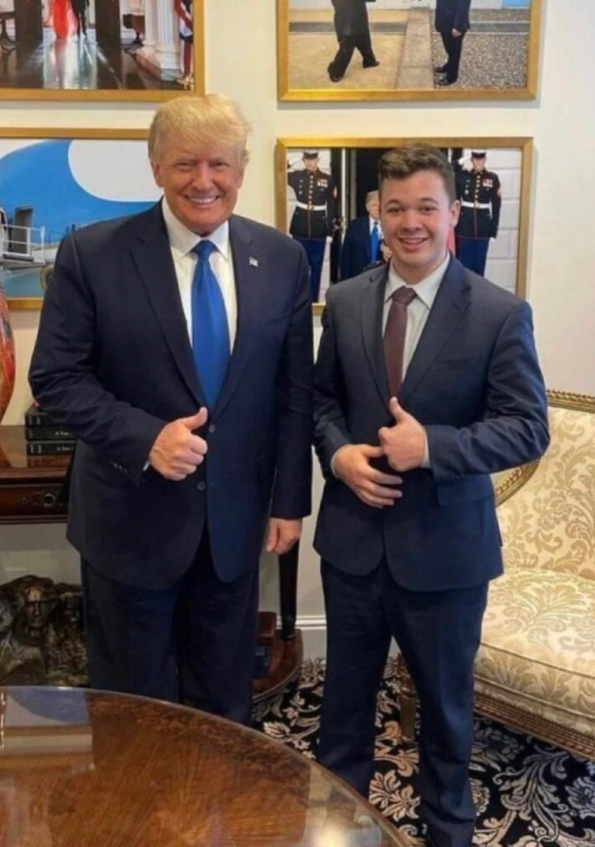