BREAKING: Mainstream News Goes Into OVERDRIVE Trying to Cover This Up…

(Big League Politics) – The fake news media is on the war path yet again to demonize Ivermectin, the cheap anti-parasitic medicine that has been used effectively to treat COVID-19 across the globe.

Data from Reuters has shown a peak of over 26,000 new infections as of Sept. 1 reducing to 119 new infections in Japan as of Nov. 25, with virtually no deaths: 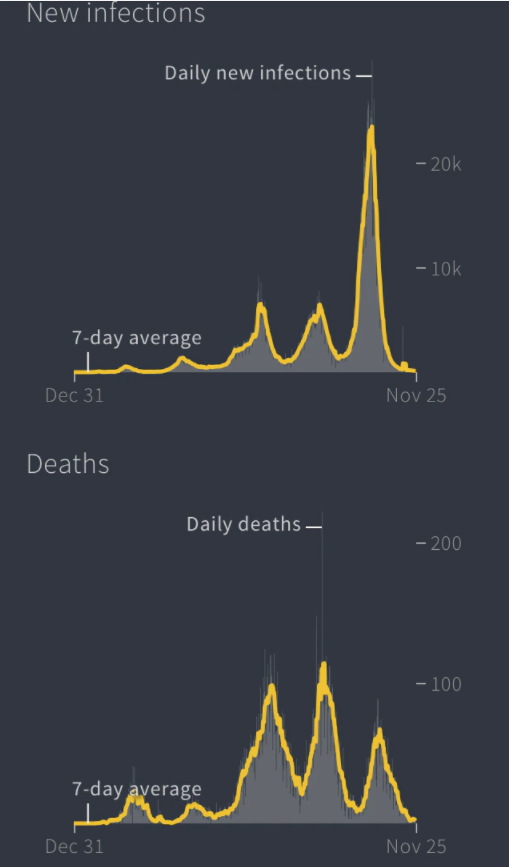 Chairman of the Tokyo Medical Association, Haruo Ozaki held a press conference earlier this year hailing Ivermectin as a drug that must be used to treat COVID-19. He pointed to statistics about Ivermectin use in Africa to show its effectiveness.

Additionally, prominent Japanese physician Dr. Kazuhiro Nagao has advocated for COVID-19 to be treated as a Class 5 illness, similar to a seasonal flu. He has talked of his incredible success treating COVID-19 patients with Ivermectin.

“It starts being effective the very next day… My patients can reach me by message 24/7 and they tell me they feel better the next day,” Nagao said.

“The same day, I mean if you are infected today, you take it today… It is a medication that should be given for mildly ill patients. If you give it to hospital patients, it’s too late. This is also the case for the majority of drugs… So you have to give Ivermectin. I am asking our Prime Minister Suga to distribute this drug ‘made in Japan’ on a large scale in the country,” the doctor stated, adding that every Japanese citizen should receive four capsules of Ivermectin in the mail so they can take it “as soon as [they] are infected.”

With news of Ivermectin’s effectiveness spreading throughout Japan with its amazing success in treating COVID-19, the fake news media is rapidly producing propaganda on behalf of the vaccine regime. USA Today, Snopes, The Quint, Reuters, AFP and FactCheck.org have all released articles meant to keep this live-saving wonder drug out of the hands of COVID-19 sufferers.

Big League Politics has reported on how high-profile individuals like podcaster Joe Rogan have been relentlessly demonized by the fake news media for curing their COVID-19 with ivermectin:

“Podcaster and primate enthusiast Joe Rogan floated the possibility of a defamation lawsuit against CNN on Tuesday, pointing to the network’s fake reporting regarding his use of the drug ivermectin while sick with coronavirus.

Rogan pointed to false reporting on the part of CNN showman Jim Acosta, speaking with comedian Tom Segura on Tuesday’s edition of the Joe Rogan Experience…

“Bro, do I have to sue CNN? They’re making s*** up! They keep saying I’m taking horse dewormer. I literally got it from a doctor. It’s an American company… They won a Nobel prize in 2015 for use in human beings.”

CNN has repeatedly referred to ivermectin as a horse dewormer, ignoring that the drug has been prescribed to millions of people since its invention in 2015. While the drug is used for treating parasitic infections in horses, it has similar uses in humans as well, with many doctors describing using it to treat coronavirus patients.

Establishment media has struggled to cover the phenomena of ivermectin being used as a COVID-19 treatment drug honestly, with MSNBC’s Rachel Maddow refusing to correct a false story she reported alleging that hospitals in rural Oklahoma had been overwhelmed with individuals suffering supposed side effects of the drug.

Rogan has described making a quick recovery from coronavirus, with some suggesting his use of ivermectin helped. The MMA commentator dismissed fanatic leftists who celebrated his illness.“

The coordinated suppression of Ivermectin shows exactly how evil the COVID-19 regime is, and how they want the masses to suffer needlessly in order to keep them in a state of fear for the purposes of manifesting their sadistic New World Order.