Under de Blasio’s mandate extension, employees at all private and parochial schools, must provide proof of a first COVID vaccination dose by December 20.

The mandate will apply to approximately 60,000 staff members at almost 1000 schools, according to de Blasio and Health Commissioner Dr. Dave Chokshi.

Mayor-elect Eric Adams said in October that he would require COVID vaccinations for all school children pending FDA approval, which is has already received. Adams will be sworn into office on January 1.

Bill de Blasio needs to keep his hands off of our private schools.

This mandate is just another way for government officials to sink their teeth into our private schools and attempt to exert control.

If we let this slide, we are setting a dangerous precedent. https://t.co/ZuU1ojtYmb

According to The New York Post, Thomas Chadzutko, Superintendent of Schools for the Archdiocese of Brooklyn, signed on to a letter asking de Blasio to reconsider the mandate. 88 percent of their school staff is already vaccinated, and the institutions support the vaccine but also believe there should be individual choice.

Rabbi Dovid Zwiebel, executive vice president of Agudath Israel of America, chairman of the Committee of NYC Religious and Independent School Officials “firmly opposes” the mandate and echoed similar sentiments in a letter he sent to de Blasio. 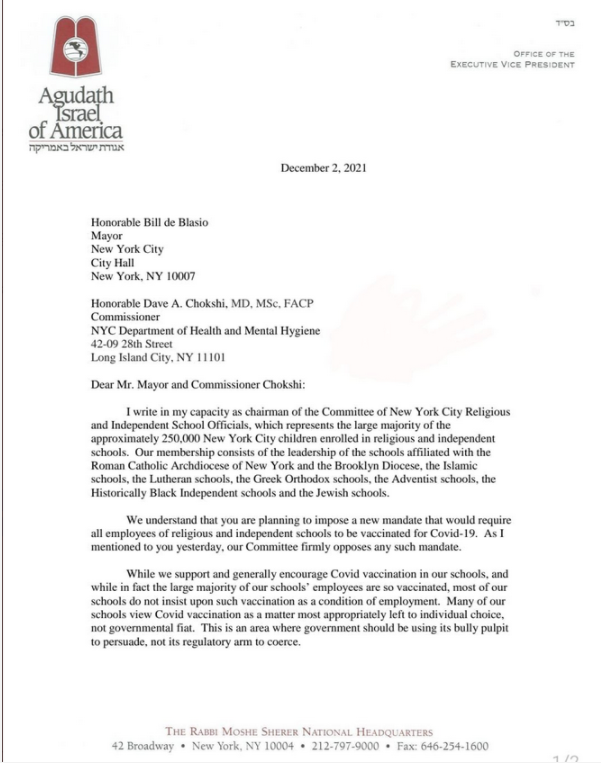 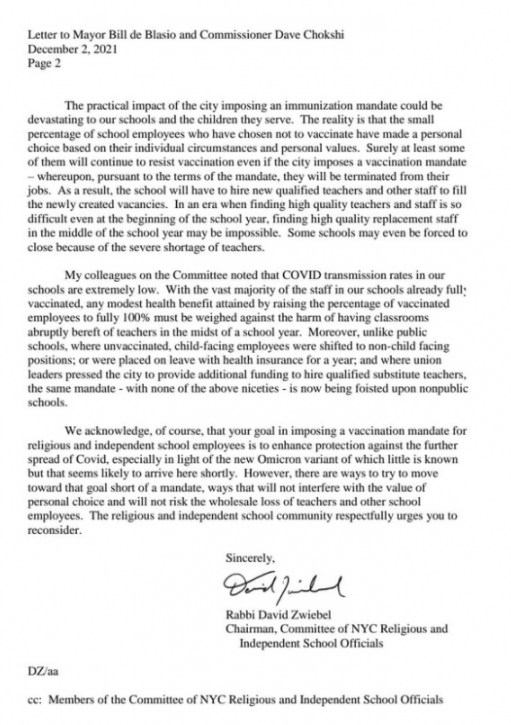 Many elite New York City private schools had already sent out letters to parents insisting that students must be vaccinated to remain enrolled in the institutions.