(Big League Politics) – Rep. Dan Crenshaw joined 135 Republicans in voting against a law that would give military reservists credit towards GI bill benefits for days spent on state orders on Wednesday, with some prominent veterans and military commentators expressing their disappointment in the Navy SEAL veteran. The law, supported by Democrats, passed the House of Representatives, with state National Guards finding themselves increasingly utilized by the state and federal government amid the coronavirus epidemic, national riots, and a series of crises spurred by illegal immigrant infiltration of the southern border.

68 Republicans voted in favor of the law, after a political dispute in which the GOP tried to propose a watered down plan to recognize state service towards GI Bill benefits.

The expansion of National Guard and reservist GI Bill benefits wouldn’t even put so-called ‘weekend warriors’ on par with their active duty peers when it comes to educational benefits. The reform of the policy merely recognizes time in service that reservists spend in support of a state mission towards their federal benefits. This would allow National Guard service members who spend at least 90 days activated in support of duties such as patrolling the southern border and assisting law enforcement with civil unrest with some educational benefits. 36 months of active service are required to receive 100% GI bill benefits, a length of service most National Guard servicemen and women would incur only over a long career.

Guardsmen who serve on state orders for events deemed national emergencies are already credited towards GI bill benefits. Thus, activation for events such as Capitol duties and coronavirus following the riot of January 2021 are creditable.

In highly questionable fashion, 36 of the representatives who voted against recognizing border and law enforcement service towards GI bill benefits are veterans themselves. The Republicans in question are or were almost entirely officers, raising quite a few questions about a lack of representation from enlisted veterans and reservists in Congress. 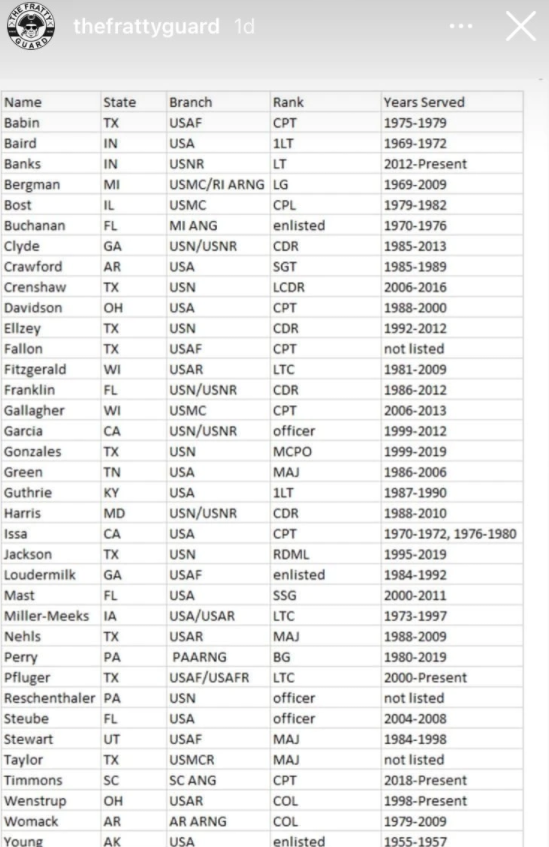 The Veterans of Foreign Wars was one prominent veteran organization that publicly supported the Guard and Reserve GI Bill Parity Act, citing the contributions of reservists and guardsmen to the military.

Previous articleJUST IN: The NFL Goes Woke – Starts Eating Itself Alive
Next articleBACKFIRE: Major Company Forced to SHUT DOWN After Dumping Conservatives