(Big League Politics) – An study of poll accuracy in the 2020 election reveals that establishment liberal news outlets such as CNN, the Washington Post, and the New York Times were among the most faulty pollsters, forecasting election results that were as many as seven percentage points away from the final vote count.

CNN came in second to last place in the survey of 26 pollsters. Rasmussen conducted the study, a pollster itself which was derided by media liberals for not forecasting a Joe Biden landslide in its polls. Rasmussen came in fifth place out of 26 pollsters in its study, a respectable showing. 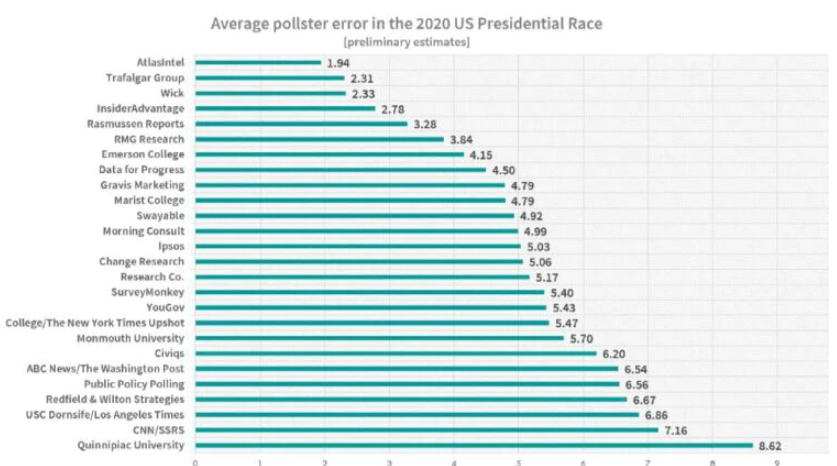 The Washington Post came in 21st place, and the New York Times came in 18th place.

The 2020 election represents the greatest institutional failure of polling in its history, with major pollsters forecasting Joe Biden would win in a landslide with as much as 56% of the popular vote. In reality, as few as 50,000 votes in closely contested states could’ve reversed the outcome of the entire election in the midst of an unprecedented epidemic. In reality, Joe Biden’s margin of victory was slightly more than 4%.

Republicans and President Trump have pointed to establishment polling as a form of liberal voter suppression, discouraging Republicans from voting in what they are told will be blowout Democratic victories.